The Blue Angels, the iconic air fleet of the US Military, is a source of pride within American history. Assembled after World War II in 1946 by The United States Navy, The Blue Angels became a figurehead for peaceful military demonstrations. The group was initially designed to uphold public aviation interest after the war, however they continue to this day to inspire audiences with finesse in the sky.

The current Blue Angel flight craft, the F/A-18, was created by McDonnell Douglas, now known as Boeing. Because of the historic value within the flight community, The Museum of Flight in Seattle, Washington was the ideal landing for a retired F/A-18 aircraft.

Nelson Trucking Company, Inc. partnered with The Museum of Flight to rig the F/A-18 onto a display pedestal. Using rigging equipment, Nelson Trucking Company carefully mounted the aircraft to its new landing, designed to portray the aircraft “banking” a hard left. With the help of a crane, the Nelson crew perched the plane on a custom pedestal, displayed for all to view. To learn more about this exhibit or to schedule a tour, visit the Museum of Flight’s website at www.museumofflight.com. 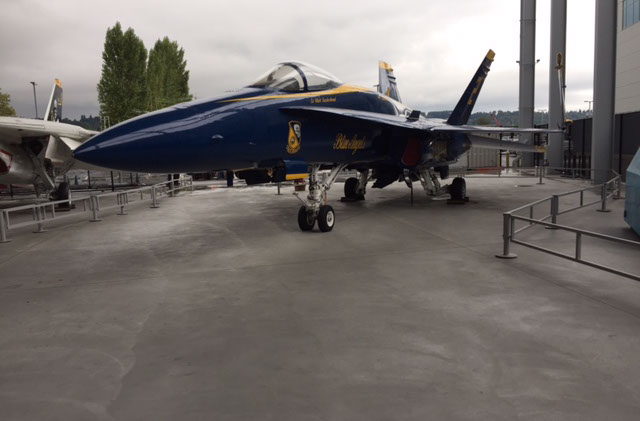 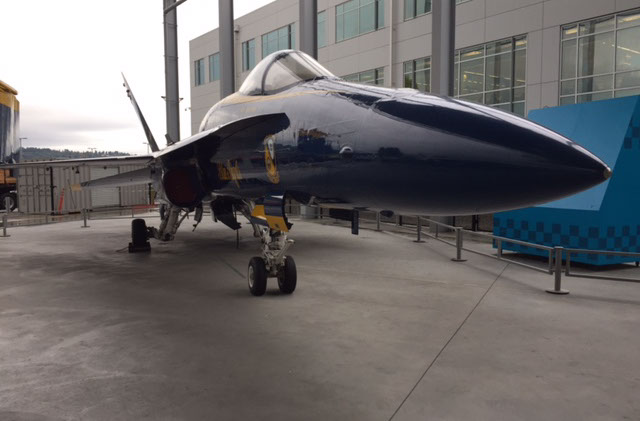 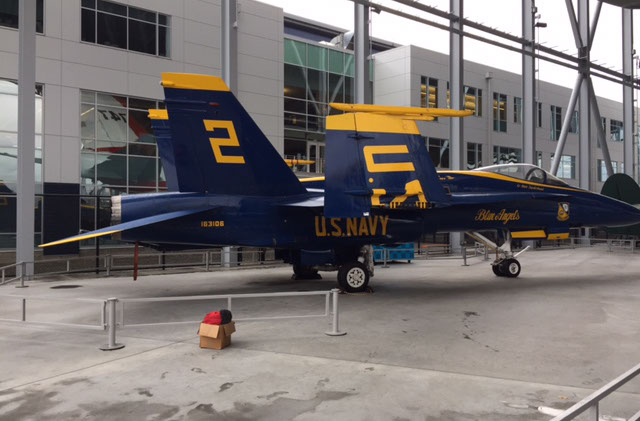 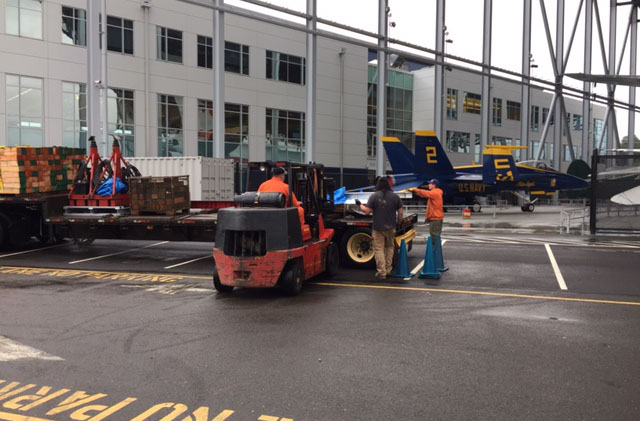 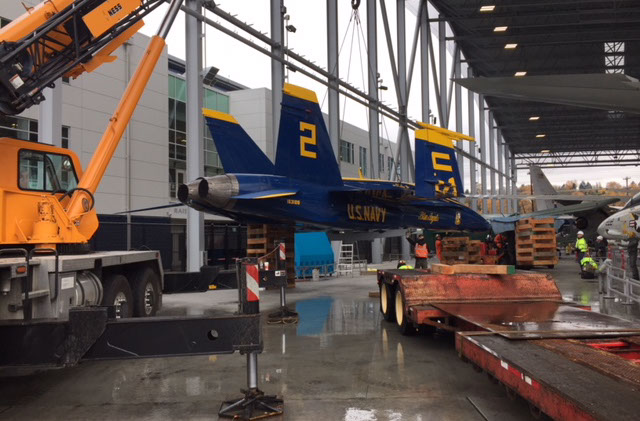 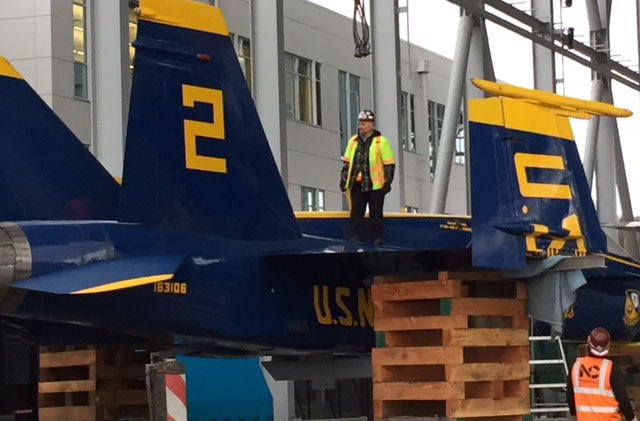 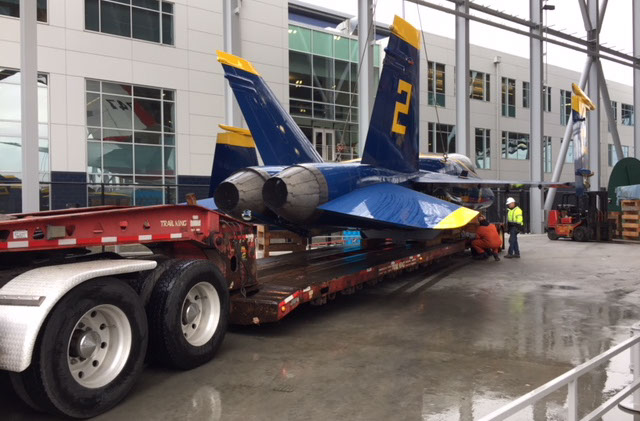 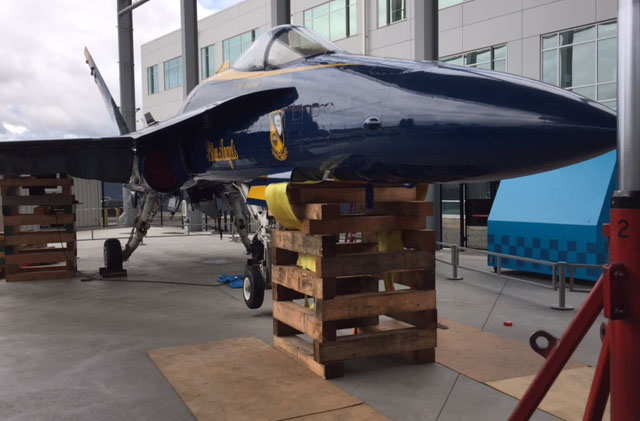 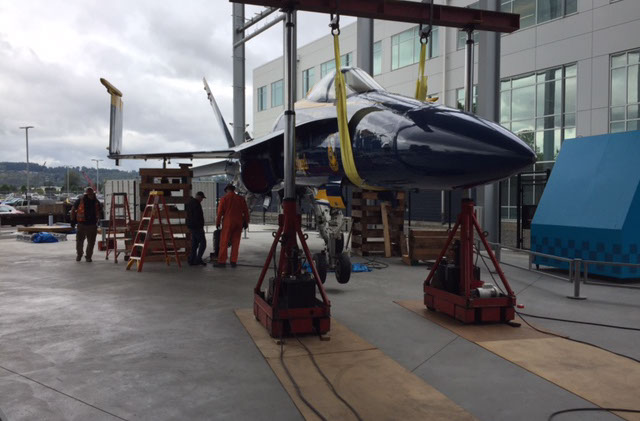 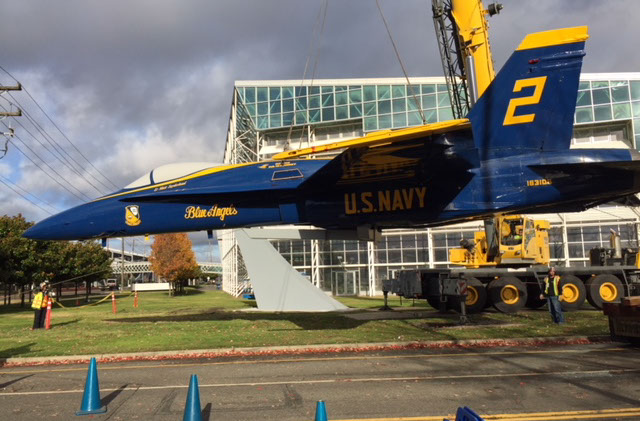 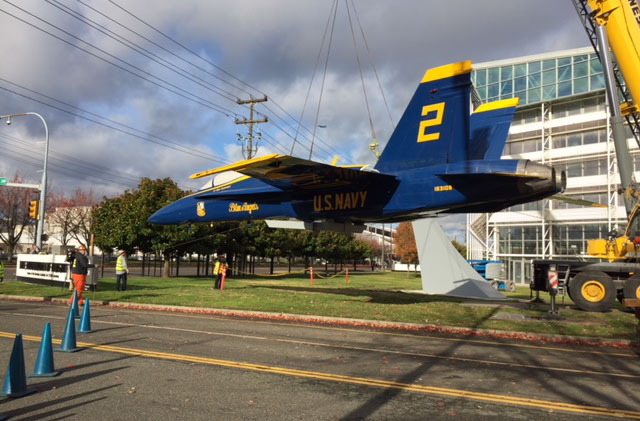 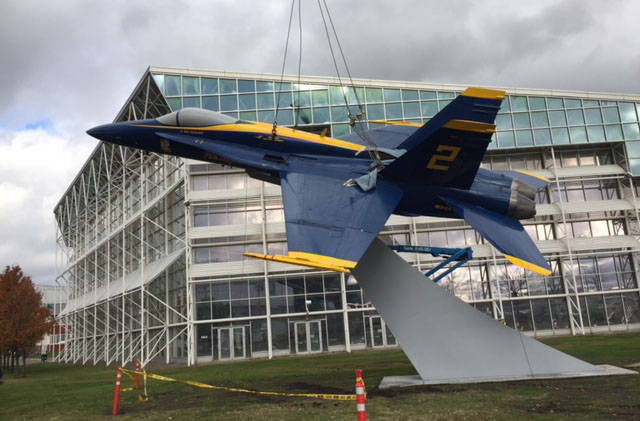 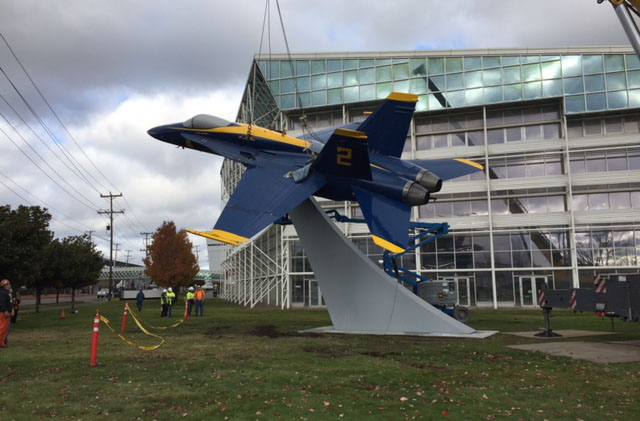 Click HERE to see a video clip of the installation!